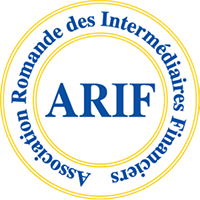 Founded in Geneva on March 15th 1999, ARIF is a private non-profit association of public utility, whose purpose is to assist in the prevention of and the fight against money laundering in relation with the Swiss Federal Act on Combating Money Laundering and Terrorist Financing in the Financial Sector (MLA).

In 2009, the Swiss Financial Market Supervisory Authority (FINMA) has recognised the self-regulatory provisions of ARIF (Code of deontology) for independent asset & financial managers.

ARIF is a self-regulatory organism (SRO) recognised by the Swiss Federal State according to Article 24 of the MLA.

As unique multidisciplinary SRO based in the French speaking part of Switzerland, ARIF is independent from any professional association or political body.

ARIF currently has more than 490 members and is open to any non-banking financial intermediary acting in Switzerland.

Alpha Global Wealth SA No. 3086 can be viewed as a regulated member directly on the ARIF.ch website.

Our distinctive approach to investment management

Trustpilot
Talk to us